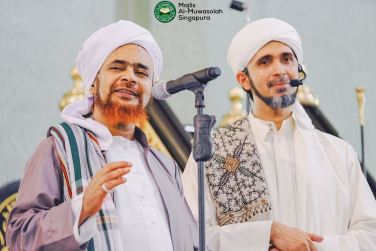 One of the late great Imams of Hadramawt, Habib Ibrahim bin Agil bin Yahya, had rightfully inherited several strips of land which one of his relatives had laid false claims to. To assert his rights to the land, Habib Ibrahim went to Tarim with documentation proving his ownership of the said land for presentation to a judge there. On the way to presenting his case, Habib Ibrahim entered a mosque and found his teacher, Habib Abdullah bin Umar ash-Shatiri, who said, “O Ibrahim, if someone takes from a religious right of yours, then defend your right. But if someone takes from you something relating to the world, then throw it in his face i.e. give up your worldly right.” Upon hearing this, Habib Ibrahim decided not to lay claim to his rights to the said land and Allah made his heart never requiring anything from man ever again i.e. being reliant only on Allah.