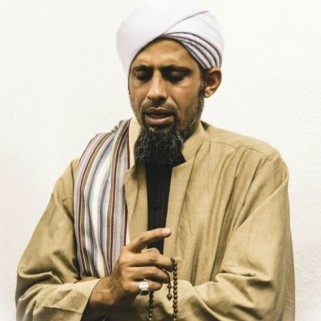 Imam Al-Ghazali (may Allah be pleased with him) says, “Know that fasting is of three degrees:

It is narrated that al-Hasan al-Basri had passed by a group of people who were laughing merrily and said:

Meaning: “Verily Allah has made the month of Ramadhan a racecourse upon which His creatures compete in acts of obedience to Him. Some precede (others) and win, whilst others lag behind and lose. It is most amazing to find people laughing and playing on a day when success attends to those who precede, and failure to those who waste (it).”

The people of Tarim are known to extol Ramadhan by exerting their bodies and hearts in worship of Allah throughout its days and nights – completing the Qur’an recital several times in a single Ramadhan, and constantly occupying themselves in zikr (remembrance), supererogatory solah (the recommended, non-obligatory ritual prayer), and doa (supplications).

Traditionally, the mosques of Tarim hold Tarawih at different times of the night between Isha’ and Subuh. This tradition allows the people of Tarim to perform Tarawih at different mosques within their blessed city each night in Ramadhan. Hence, it is not uncommon to find Tarimis performing 100 rakaats of Tarawih or more every night. May Allah help us emulate the people of Tarim in giving Ramadhan its due, wherever we may be. Amin.