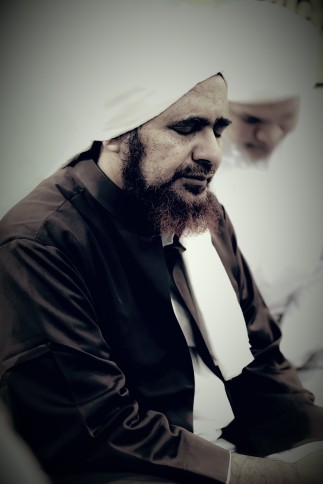 It is of utmost importance that we understand how to establish our lives upon the Prophetic Path, emulating the one who is being remembered this month, the master of the people of this world and the hereafter: Rasulullah ﷺ.

Many from this ummah are in situations of despair, living in places where the (correct) picture of Islam is distorted such that non-Muslims are prevented from understanding and embracing Islam. Our role is to partake in the very foundations of Prophethood and it is incumbent upon us to establish ourselves upon the reality of Islam. This requires us to display the best of Islam and leave all types of rivalrous activities e.g. competing between (Muslim) groups and raising one’s self (above others).

The Muslim should establish healthy relations with everyone in society and endear himself to his neighbours, and the people he interacts with at work to address the insults and slanders made towards Islam. His outward appearance, his speech, his bodily movements, the way he interacts with others, his mannerisms, and his good character should invalidate the accusations hurled by the enemies of Islam – what is seen in Muslims will not reflect what is being portrayed about Islam (in the media). Regardless, efforts to distort Islam will continue, but Allah Himself is All Protecting (of it) as is mentioned in Surah as-Saf verse 8:

Meaning: They intend to extinguish the Light of Allah with their mouths. But Allah will bring His Light to perfection.

and in Surah at-Taubah verse 32:

Meaning: They intend to extinguish Allah’s light with their mouths, but Allah will not allow but that His light should be perfected.

Muslims are advised to not provoke others, or give others an opportunity to act insolently and aggressively against Islam. They should be excellent representatives of the religion, ignoring the attacks made by the media whilst staying focused on what Allah commands them to be engaged in. They should avoid getting involved in disputations for it is a door to misguidance.

There is a clear prohibition of disputations in the Quran except in the best way. However, we have to know what the “best way” is so that we can preoccupy ourselves, not merely with establishing the truth, but rather with establishing the truth in the way which is most beloved to Allah and His Messenger ﷺ. It is from the wisdoms (of being faced with hardships) that one becomes humbled to Allah, and one’s heart becomes protected from being hardened and deceived by the devil’s “decorations”. So do preoccupy yourself in seeking Allah’s pleasure.

Therefore, it is incumbent upon us to safeguard our manners (adab) towards Allah by doing deeds which heighten our love for Him like servitude towards one’s parents, fostering bonds of kinship, educating the young, being well-mannered with family members, helping those in need, and increasing one’s knowledge in the sacred sciences. These pursuits will reap inward and outward benefits, and align us with (more lofty) concerns, and strengthen our bond with Allah and His Messenger ﷺ. 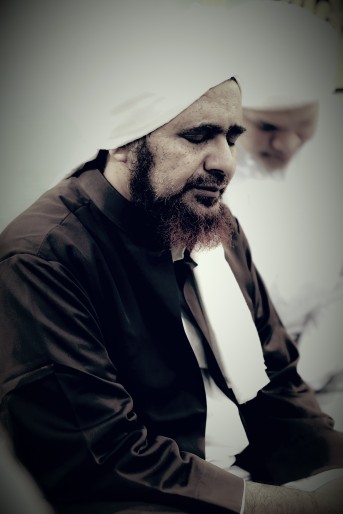 From the Supplications of al-Habib Abd al-Qadir bin Ahmad as-Seggaf for proximity to the Messenger of Allah ﷺ:

O Allah, do not forbid me from seeing him ﷺ, nor from gazing upon his face ﷺ, nor admission to his blessings ﷺ, nor close proximity to his care ﷺ.

All praises be to Allah, the Lord of the Worlds. And may the blessings and peace of Allah be upon our Master Muhammad ﷺ, his progeny and companions. 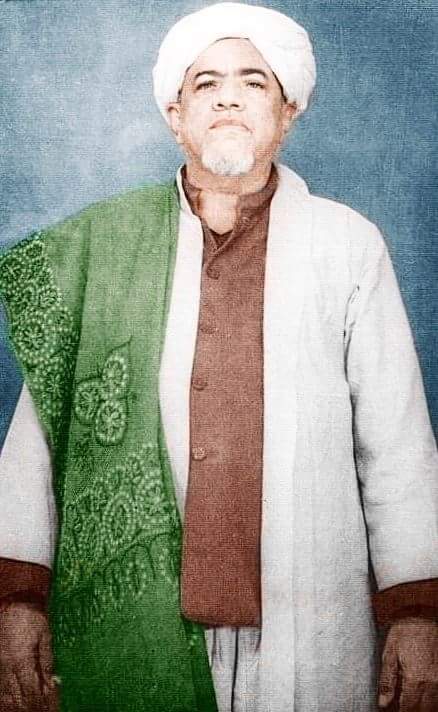 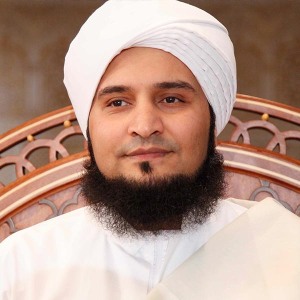 From the fawaid of Habib Ali Al-Jifri in gaining a vision of the Prophet ﷺ:

[1] The shuyukh recommend reciting at least 300 salutations upon the Prophet ﷺ everyday.

1. O Allah, send blessings and peace upon The Mercy, The One Given as a Gift ﷺ

2. The one who carried babies when he was in the obligatory prayer ﷺ

3. And who descended from his pulpit to carry his grandson, stumbling in his steps ﷺ

4. And upon his family and companions 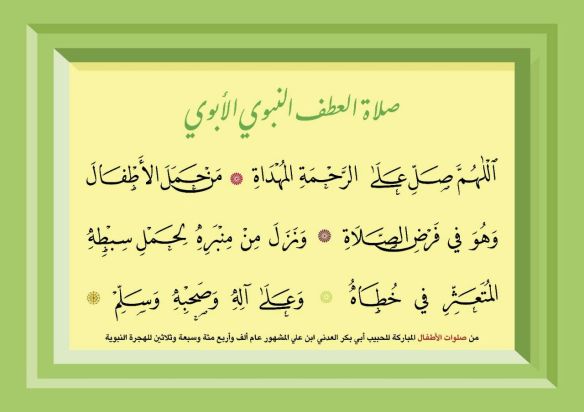 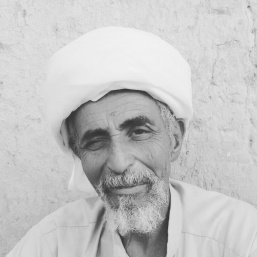 Al-Habib Hussein bin Umar Al-Haddad encourages recitation of 400 repetitions the following formula of salutations upon the Prophet ﷺ in a single gathering whilst facing the Qiblah:

Meaning: O Allah, send blessings and peace upon our Master Muhammad ﷺ, his family, and his companions, and remove the sadness of my heart in this World and the Hereafter. 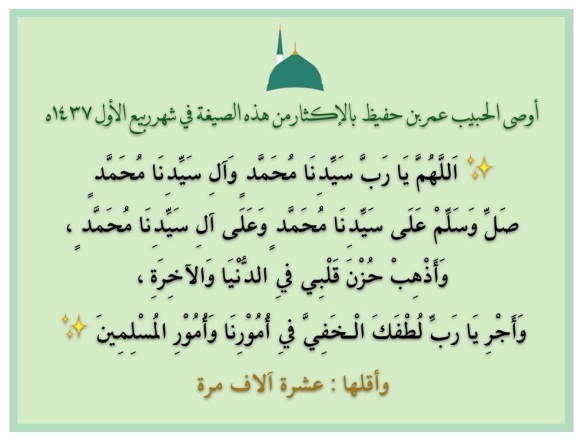 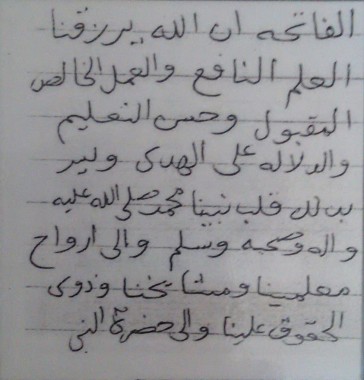 The Ratib al-Fatihah which Habib Umar bin Hafiz, may Allah preserve him and allow us to benefit from him, granted permission for teachers to close lessons and circles of knowledge with: 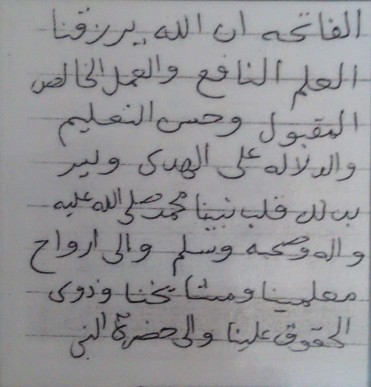 Meaning: We recite Al-Fatihah to be granted beneficial knowledge, sincere actions which are accepted (by Allah), goodness of imparting knowledge, direction towards guidance, and to delight by those things the heart of our Prophet Muhammad ﷺ, and for the souls of our teachers, our guides and all who have rights over us, and to our Prophet ﷺ… [recite Al-Fatihah]