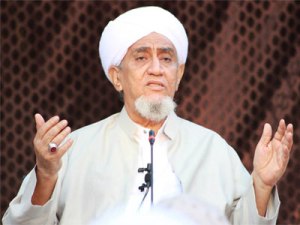 The Doa in Entering Ramadhan of Sayyidil Habib Abu Bakr Al-Masyhur
O Allāh! Let the month of Ramadhan appear over us and upon the ummah by your Everlasting Grandeur and Your Favourable Gifts and Your Gentleness and Mercy for each praying and fasting servant. And equip our hearts, spirits and limbs for this pure servitude and do not prevent us O our Master from Your Bounty, Pardon and Mercy because of our wrongdoings and disobedience O Effacer, O Veiler O the Most Merciful of the merciful!

The following are Habib Kazim bin Ja’far as-Seggaf’s counsels on preparing for Ramadhan.

Al-Habib mentioned 3 preparatory acts – 3 things practiced in 3’s to be exact – which one should do to program one’s heart to meet with and benefit fully from Lailah al-Qadr.

Translation: O Allah, manifest al-hilal to us with peace and iman, with safety and Islam and with continued guidance to what You love and You are pleased with.

If one doesn’t do these 3 things and Lailah al-Qadr passes by without him experiencing its blessings, he only has himself to blame.

Advice On Reaping The Full Benefits Of Ramadhan

Al-Habib also gave the following advice on how one can get the FULL benefits of Ramadhan’s blessings:

Further to the above, Al-Habib also gave a tip on how to maximise the rewards from Tarawih. Al-Habib said that one can make one’s Tarawih fardh by making nazar [1] just prior to making Takbiratul-ihram and get the 70x reward promised for an obligatory act performed in Ramadhan.

These counsels have been paraphrased from Habib Kazim’s talk at a private function in Singapore on Monday, 18 July 2011.

[1] IMPORTANT: This team would like to advice caution here as this should only be performed by those who know the rulings and consequences pertaining to nazar.

Do Lots of Four Things

It is narrated through Salman Al-Farisi that Rasulullah said ﷺ:

O people! When the great, blessed month (Ramadhan) comes to you, do lots of four acts in it. Two acts with which you would please your Lord and two acts with which you cannot do without. As for the two which please your Lord, they are the testimony that there is no god but Allah and the seeking of His forgiveness. As for the two acts that you cannot do without, you should seek paradise from your Lord and seek protection from hell fire.

Meaning: I bear witness that there is no god but Allah and I seek forgiveness from Allah. We ask You for paradise and seek your protection from the hell fire. [1]

It is also narrated that the Mother of Believers, Sayyidatina Ai’shah bint Abu Bakr As-Siddiq, had ask Rasulullah ﷺ what she should recite if she knew that it was Laylatul Qadr and Rasulullah said ﷺ:

Say (O A’ishah): O Allah! You are Forgiving and Generous, you love to forgive, so forgive me. 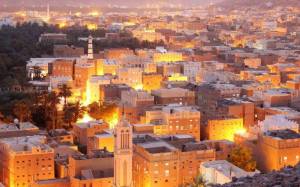 In extracting benefit from both these narrations, Muslims would recite an amalgamation of the two azkar above, in the following formula, repeatedly throughout Ramadhan:

Meaning: I bear witness that there is no god but Allah and I seek forgiveness from Allah. We ask You for paradise and seek your protection from the hell fire (x3).

Meaning: O Allah! You are Forgiving, you love to forgive, so forgive me (x3). O (the most) Generous One!

May Allah forgive our sins and grant us success this coming Ramadhan!

The (disbelieving) Quraysh spoke to the Messenger ﷺ in Makkah, requesting for a confirmation (of prophethood)

A miracle to the Chosen One ﷺ from amongst his people – it came with it a sign so read it! (Read it) so that you may rejoice!

Habib Abu Bakr mentions a number of valuable lessons to be learnt from the story of the Splitting of the Moon.

The asbabul-wurud (reason for occurrence) of the Splitting of the Moon was a number of disbelieving Quraysh nobles asking the Prophet ﷺ for a miracle demonstrating his prophethood. The Prophet ﷺ acceded to this request and pointed to the moon, which duly split by the will of Allah, and one half of it was brought forth, hovering over Jabal Abi Qubays. The disbelievers were the only ones who had asked the Prophet ﷺ to demonstrate prophethood and despite prophethood being made apparent to them through the Splitting of the Moon, they continued to disbelieve, calling the incident a sihr mustamir or a continuous black magic.

The disbelievers used to mock at Rasulullah ﷺ and Allah referred to the Splitting of the Moon as a hikmah balighah (manifested wisdom) in Surah Al-Qamar because it is as an isharah (indication) to us that, like sign of the Splitting of the Moon, many other Signs of the Hour will also come as wisdom and manifest but it will be of no use when brought forth to many of the people of our times.

Al-Habib Abu Bakr Al-Masyhur encourages teaching of knowledge of the Signs of the Hour to children and students alike, as they would be taught other core Islamic subjects, as indeed it is from amongst the core sciences of the Deen.

The words above are based on the words of Allah the Most High in Surah Al-Qamar:

1. The Hour has drawn near, and the moon has been split.

2. And if they see a sign, they turn away, and say: “This is continuous magic.”

3. They mocked and followed their own lusts. And every matter will be settled.

4. And indeed there has come to them news wherein there is (enough warning) to check.

5. Manifested wisdom but warners benefit them not.

6. So withdraw from them. The Day that the caller will call (them) to a terrible thing.

The above is a paraphrased extract of Habib Abu Bakr Al-Adniy bin Ali Al-Masyhur’s Nisfu Sha’ban address to the congregation at Masjid An-Nahdhah, Singapore, on the eve of Nisfu Sha’ban 1436 corresponding with 1 June 2015.

To Allah we belong and to Him we shall return.

It is with great sadness that we announce the passing of the blessed mother of the Mufti of Tarim, Habib `Ali al-Masyhur bin Hafiz, and Ad-dai ilaAllah Sayyidil-Habib Umar bin Hafiz, Hababah Zahra bint `Abdullah al-Haddar.

When her husband, Habib Muhammad bin Salim bin Hafiz, was abducted and martyred, she showed great steadfastness and gave her children the best upbringing. Her oldest son is Habib `Ali al-Masyhur and her youngest son is Habib `Umar. She also leaves behind her others sons: Habib `Attas, Sayyid Salim, Sayyid `Abdullah and three daughters.

She passed away at the age of nearly 96 after a life spent in worship and service. She was known for her uprightness, taqwa, fear of Allah and humility. She was constantly engaged in the remembrance of Allah. Her nights were spent standing in prayer and her days were spent fasting. She would give abundant charity in private.

May Allah pour His mercy upon her, raise her to the highest of stations and make her grave one of the gardens of Paradise. May He bless her children and loved ones with steadfastness. 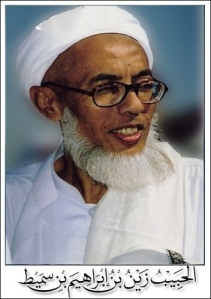 The question “What is Tariqah Alawiyyah?” was posed to Al-Habib Ali Zainal Abidin bin Abu Bakar Al-Hamid at Majlis Al-Hadyun Nabawi on 3 June 2015. The following is our translation and paraphrasing of Al-Habib Ali’s answer:

Before answering the question proper, we would have to set out what a tariqah is.  A tariqah is to the science of tasawwuf what a mazhab is to the science of fiqh. It is a wasilah (means) to arrive at Allah’s pleasure in regards to matters of the heart and, just like the mazhabs in fiqh, tariqahs are principled on the Qur’an and the Hadiths of Rasulullah ﷺ.  Imam Junayd Al-Baghdadi further expounds this by saying – if you see someone walking on water or floating in the air whilst his actions are not aligned with the Qur’an and the Sunnah, he is nothing but a liar.  Hence, a true tariqah is represented not by miracles that its leaders and/or adherents perform rather, it is represented by the alignment of their daily actions to the Qur’an and the Sunnah.

There are many turuq (plural for tariqah) and they typically take on the name of their founders – Shadzili, Qadiri and Idrisi, to name a few. It is said that Tariqah Alawiyyah took its name from ‘Alawi bin ‘Ubaydullah bin al-Imam al-Muhajir il-Allah Ahmad bin ‘Isa, a sufi alim from the Hadramawt valley in Yemen.

Tariqah Alawiyyah is built on the following 5 key principles:

These are the 5 founding principles of Tariqah Alawiyyah which, in fact, represent the zinatussolihin (adornment of the righteous), core attributes which every pious Muslim should strive to subscribe to.

The following is a summary from Lesson 5 of the book, Islam and Youth Issues, written by Shaykh Muhammad Sa’id Ramadhan Al-Bouthi (rahimahullah) explained by Al-Habīb Umar Bin Hafidz. (Hafizhahullah) containing answers to some questions.

Practical measures to take when one finds in himself internal conflict: